I was visiting a local Chick-fil-A in Edmond, OK (1210 E 2nd St, Edmond, OK 73034) to see how they were ranking in Google Maps for the keyword phrases fast food restaurant and chicken restaurant. I clicked on the “website” button on their knowledge graph in Google and was taken to a custom URL of their site https://www.cfarestaurant.com/2ndandbryant/home. I found this a bit odd as I assumed that all Chick-fil-A locations would all have a corporate landing page. This was, in fact, true as this Edmond Chick-fil-A location had a corporate page as well found here https://www.chick-fil-a.com/Locations/OK/2nd–Bryant.

I’m assuming that the Chick-fil-A home office must allow franchise owners the option to market their free corporate page, or they can create their own websites.

At any rate, here’s a quick look at how well the Chick-fil-A at 1210 E 2nd St, Edmond, OK 73034 is performing for our target search phrases in Google (fast food restaurant and chicken restaurant).

Map rankings for the 1210 E 2nd St. Edmond Chick-fil-A were not very good. These results shouldn’t come as a shocker, though, as there are a plethora of fast-food restaurants in this location, so the competition is fierce.

You might assume that this Chick-fil-A location must be performing better for the search phrase “chicken restaurant” then they do for “fast food restaurant” since fast food would encompass a broader set of competitors while niching down to a chicken keyword phrase would elicit less competition. That’s what I thought. I was WRONG! 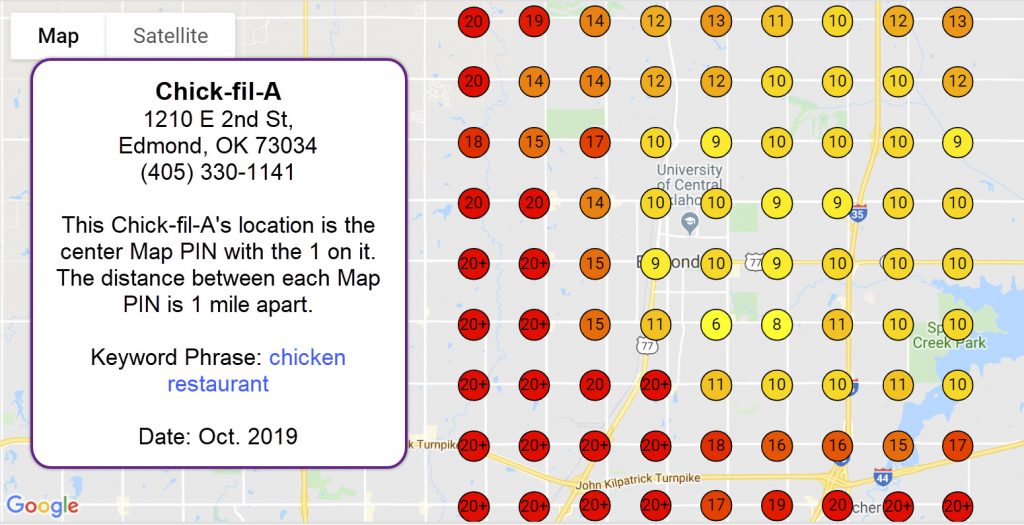 As it turns out, there are a ton of chicken restaurant competitors close by to this Chick-fil-A location. Below is a list of a few of the competitors that are located right next to them that are performing much better in Google for the “chicken Restaurant” keyword phrase in Google. Note, though, that only the top three results will pull in the bulk of the search traffic.

Overall Grade (scale of 1-10 with ten being the highest rating): 4

This Grade is for their ability to rank in Google Maps and not a reflection of the restaurant itself. The restaurant was immaculate inside and out and had a very modern look to it with architecture that matches the high standards in Edmond, OK area.

I even met some kind customers while in the Edmond 1210 E 2nd St Chick-fil-A that volunteered to be in a couple of the pictures I was taking while inside the restaurant (I’ll include one with thumbs up guy)! LOL

As far s Google Maps goes, though, this Chick-fil-A restaurant could use some help as there are a ton of niche-specific (chicken) competitors all around them. The fact that a Chick-fil-A competitor just down the street located inside of the University is out ranking them is a sign that more could be done.

How Well Does Your Business Rank in Google Maps?

Would you like to know how your business is performing in Google Maps? Click on the blue colored bell icon at the bottom of our website (http://bit.ly/daytonseoagency) and send us a request to review your business today. It’s free!

Get a Free GEOgrid Assessment of Your Business

Are you curious how well your business truly ranks in Google Maps?

We'll use our Google API to run a scan for a few of your top local keywords to see how well your business ranks in a 8-mile radius around your building.

To get your free no obligation assessment simply click on the blue bell icon at the bottom of this website and ask for your free assessment today. 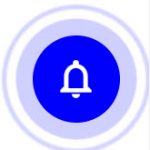 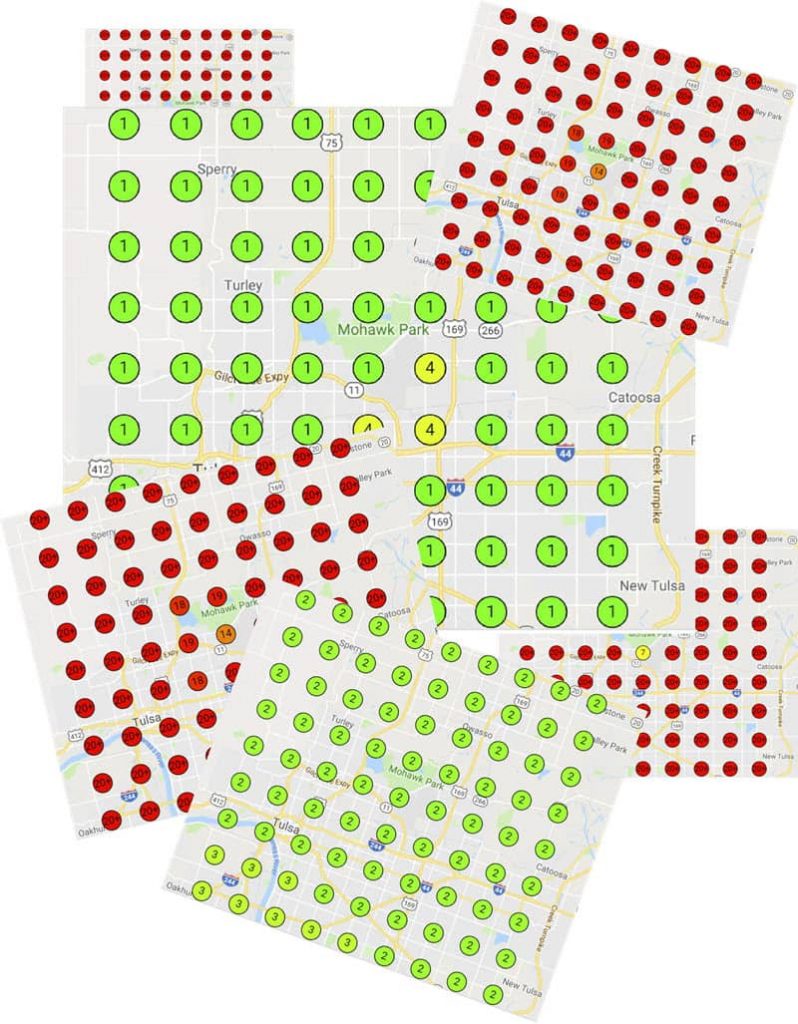